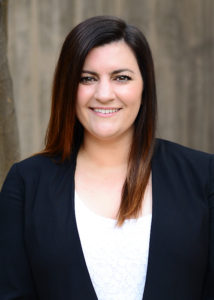 Christin began her career as a Paralegal in the area of IP law while working at a large corporation in Cincinnati, Ohio. From there, she expanded her knowledge and experience working for a real estate law firm and subsequently within a large IP group at a reputable mid-size law firm. After moving to Phoenix, she began working as a Licensing Paralegal within the Business Finance group at Greenberg Traurig. Eventually, her work expanded to include the areas of franchise and trademark law. It was then that she realized her interest in franchising. After leaving Greenberg Traurig, she joined Weiss Brown and worked primarily for Dan Warshawsky in franchising. She has worked for Warshawsky Seltzer, PLLC since its formation in 2013. At Warshawsky Seltzer, she works primarily in the areas of franchising and corporate law.

Bachelor of Science with Paralegal Focus, Minor in Business – March 2006